Protecting the three states of data 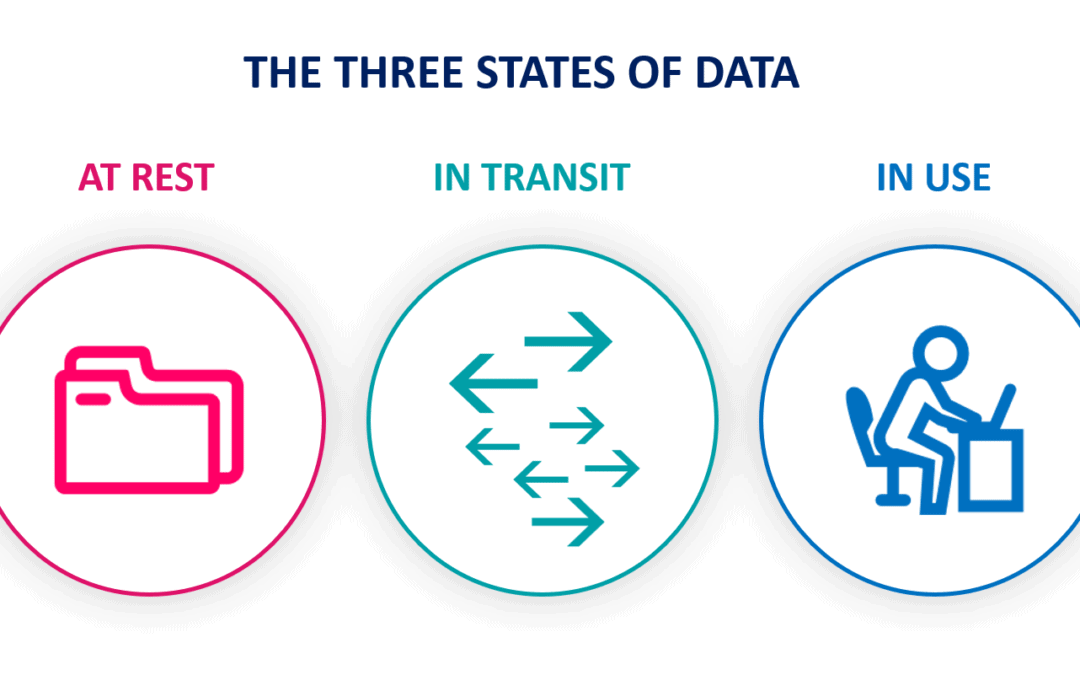 When it comes to protecting confidential information, we find that clients require different approaches or pose different protection needs. Some clients need to protect the information on their mobile computers or laptops in case they are lost. Others want to keep their documentation protected on file servers so that it can even be protected from improper access by IT staff. Sometimes some customers need to protect documentation when it travels attached to an email because they use managed email servers or in the cloud. Some customers ask to protect the documentation when it is sent to third parties or even internally in order to minimize the possibility of it being copied, unprotected or accessed by inappropriate users.

The three states of data

We can consider three states for information or data:

Protection of Data at Rest

Documentation is considered secure at rest when it is encrypted (so that it requires an unworkable amount of time in a brute-force attack to be decrypted), the encryption key is not present on the same storage medium, and the key is of sufficient length and level of randomness to make it immune to a dictionary attack.

In this area we find different data protection technologies. For example: 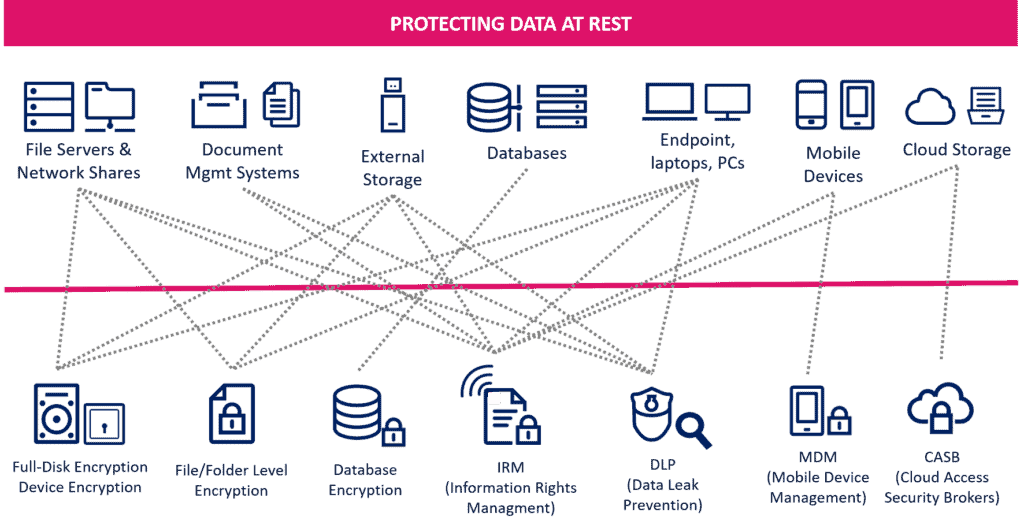 Challenges of Data at Rest Protection

Today’s IT departments are faced with numerous challenges when it comes to protecting idle documentation:

To overcome these challenges, IT Departments must analyze the main risks they face regarding the management of their data at rest and select the technology or technologies prioritizing those that will eliminate or mitigate those most likely and/or of greatest impact to their organization.

Protection of Data in Transit

We are in the age of digital collaboration and there are now plenty of ways to share our data with others. One of the most widely used has traditionally been email. With over 3.9 billion users using email today (Statista, 2020), these numbers are expected to grow to 4.3 billion users by 2023. However, we move data through other platforms such as collaborative work like Slack or Microsoft Teams, through cloud storage applications such as Box, OneDrive, Dropbox, etc.

Among the different technologies to protect data in transit are the following:

Challenges of Data Protection in Transit

IT departments have to see if covering a portion of the data in transit is worth preventing most potential problems. If I cover 20% of the media, e.g. email or certain applications, I prevent 80% of possible problems may be a good approximation, although I will certainly not be covered at all.

Protection of Data in Use

As mentioned above, we are talking about data in use when it is accessed by an application for treatment. Normally, behind the application there is a user who wants to access the data to view it, change it, etc. In this state, the data is more vulnerable, in the sense that in order to see it, the user must have been able to access the content decrypted (in the case that it was encrypted).

To protect the data in use, controls should normally be put in place “before” accessing the content. For example, through:

However, in these cases, we are protecting the data by limiting more precisely who can and cannot access it, but once the database or a document has been accessed we cannot prevent the person from doing what they want with the data.

With an IRM protection applied directly on the file (not on the document manager or collaboration platform itself) we can apply a protection that travels with the documents and limits the opening permissions wherever it goes. Whether the data is in the cloud or has been downloaded, I can get a user to see it, but not completely unprotect it, print it, etc. 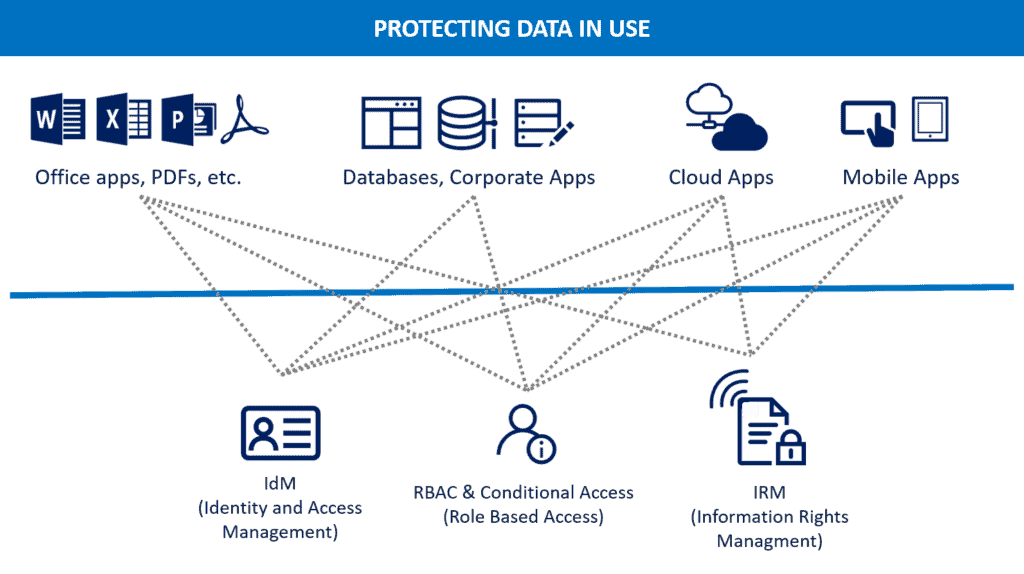 Challenges of Protecting Data in Use

This protection allows to keep the documentation safe in its three states: In transit, in remote and in use. The protection travels with the document and accompanies it wherever it travels allowing the user to work with the data, knowing that if necessary, he will not have complete control of it.

We use cookies to ensure that we give you the best experience on our website. If you continue to use this site we will assume that you are happy with it.OkPrivacy policy